History of the Disease of Alcoholism

Any illness or sickness characterized by specific signs or symptoms is considered a disease. Alcohol use disorders are among them. Although some people contend alcoholism is a choice or a habit, sufficient evidence is available to show it’s actually a chronic disease of the brain. While we know all of this now, it took one woman with intimate knowledge of alcoholism to change the way it got defined for generations to come.

Disease of Alcoholism: The Catalyst for a New Definition

A century ago, Marty Mann was a young woman, all of 18 years old. In her hometown of Chicago, she was known as a debutante and part of a well-to-do family in the Windy City. Alcoholism was a routine part of her life already due to her successful father’s drinking habits.

Before age 30, Marty moved to England, fell in love, and worked as a magazine editor, art critic, and photojournalist for renowned magazines. Somewhere along the way, she also developed a severe drinking problem. It would eventually cost her jobs and a place to call home. 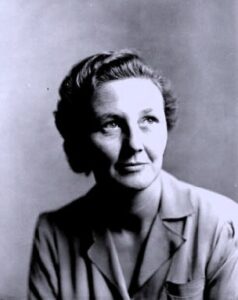 Drinking worsened for Marty while still in London. She attempted suicide twice and spent time hospitalized in London. The year she turned 32, her friends convinced her to return to America where she could be helped by family and loans made the trip by boat possible.

With the help of her mother, Marty began exploring treatment options, usually in hospitals. She had no stable employment, no permanent housing, and no shortage of alcohol. Even though Marty knew she had a problem, she didn’t know how to respond to it.

She tried going to hospitals again and an upscale health facility. She would succeed in staying sober for a short time, then return again when she relapsed.

Psychotherapy was an intervention that Marty tried during this time, too. Thanks to her psychotherapist, she was introduced to a new program called Alcoholics Anonymous. Having tried staying sober with help from the medical field, she was intrigued by the program’s non-medical approach to sobriety. =

Disease of Alcoholism: Healing within AA

Marty attended AA meetings at a time when few were available. She envisioned a day when meetings would be available across the country. She invested a great deal of time in the organization in its early days, speaking to other alcoholics at various locations. As her reputation grew beyond her own circles, she would participate in more speaking engagements and respond to letters from people in other towns.

By her early 40s, Marty focused on educating people about the nature of alcoholism. She sought to change the view of it, and the language used to describe it. Her perspective focused on alcoholism as a disease and the alcoholic as a sick person. She encouraged people to see a person with alcoholism as capable and worthy of being helped. She also emphasized alcoholism as a public health issue and the responsibility of the public.

By the time she died, AA had grown to more than one million members. Unfortunately, Marty Mann’s contributions to the field of addiction often have been overlooked. Not only did she openly share her own alcoholism and find recovery help through AA, but she also authored several books about alcoholism, the first one 22 years after her return to America. In addition, she founded the world’s first recovery center based on the principles of AA. She’s also credited with helping launch the Yale School of Alcohol Studies (since moved to Rutgers) and organized the National Committee for Education on Alcoholism (NCEA), a predecessor of today’s National Council on Alcoholism and Drug Dependence (NCADD).

As you reflect on what Marty Mann made possible in her life while living as an alcoholic, remember how she characterized her “condition” as a disease, one worth helping. She recognized alcoholism’s tendency to run in families, having seen her own father die from the disease. She encouraged people with drinking problems (and their families) to educate themselves and get treatment.

Trailblazers like Marty Mann continue to inspire addiction treatment views and practices at Hannah’s House today. Defining alcoholism as a disease and not a moral defect enables addiction professionals to treat it like any other disease using evidence-based therapies. Through individual and group therapy, trauma therapies, family support, and continuing care plans, the resources are available to help a person with an alcohol use disorder start healing and sustain long-term sobriety.

Hannah’s House is a well-known care provider offering a range of treatment programs targeting the recovery from substance use, mental health issues, and beyond. Our primary mission is to provide a clear path to a life of healing and restoration. We offer renowned clinical care for addiction and have the compassion and professional expertise to guide you toward lasting sobriety.

For more information about the stages of alcoholism in women or to learn about our programs, call us today: 561.841.1272.

Signs and Symptoms of Adderall Addiction

The demand for Adderall is higher than ever, which is why it's important it’s always important to recognize the signs...

Dangers of Long-Term Benzodiazepine Use

Did you know benzodiazepines are prescribed for women at higher rates than for men? They are a common medication used...